BPCS provides a comprehensive variety of BH therapies in both individual and group format. Psychiatric and psychological evaluations and testing are performed in close collaboration with primary care physicians.

Clinicians at BPCS assist with grief counseling, marriage and relationships, depression, anxiety, stress, substance abuse, parenting, and child / adolescent issues all in an outpatient setting that is highly conducive to positive outcomes and results.

John Getgey, BPCS’ Clinical Director, remarked about how BPCS’ growth has been noteworthy, creating a real need for BPCS to review their automation systems. The billing system BPCS had been using for years was cumbersome causing delays in submitting claims. Mr. Getgey said, “Cash flow was slow-going, taking 45-60 days to obtain reimbursements.”

On the clinical side, the industry was moving rapidly toward EHR and BPCS knew they wanted to be in that movement. BPCS formed a committee to review their current billing vendor’s EHR, as well as EHRs from other vendors.

“We wanted to give our then current vendor the opportunity to demonstrate their EHR. The thinking was, if their EHR seemed usable for us, we would somehow try to make it all work. It was important to us that both the billing and the EHR software work together,” Mr. Getgey said.

On demonstration, that vendor’s EHR did not present the functionality and specifically, the BH capabilities needed by BPCS. “At that point, we knew we would replace our billing software as part of purchasing an EHR,” said Mr. Getgey.

BPCS reviewed a number of other systems. Some were adequate on the EHR side but had weak, or no billing and practice management. Some could do certain things but not others. Some systems actually had what BPCS needed but then there were issues with the vendors.

Mr. Getgey summed up the committee’s efforts by saying, “It was amazing to see the weaknesses out there, if not in products, then in vendors, or vice versa.”

BPCS then connected with Advanced Data Systems (ADS). Mr. Getgey related how ADS looked like the complete package: automating medical practices since 1977 which meant great stability…something which was important to BPCS, and with what appeared to be solid BH solutions for EHR and practice management.

“ADS told us their MedicsEHR could mirror our current paper and workflow. However, when it came to implementation, it was often easier to use much of the software and templates already developed and in place by ADS,” Mr. Getgey said.

Mr. Getgey noted, “We had a great feeling about ADS and once we spoke with them and saw their products, and after some due diligence, the committee recommended moving ahead with them.”

The MedicsEHR was implemented in October 2011, a few months after implementing the MedicsPM system for practice management.

The MedicsEHR for BH and the MedicsPM for comprehensive practice management operate as a single, unified solution which was a BPCS primary requirement.

Claims are now generated through the PM system via the EHR at the completion of each session or encounter, and can be submitted within twenty four hours. Reimbursements are received within seven to twenty days, cutting their previous system’s wait time in half resulting in a significant effect on cash flow and financial stability.

Mr. Getgey said, “Our cash flow increased dramatically while still allowing us to produce good documentation of our clinical work. Some features of importance include the ability to attach electronic notes to patients’ records, to invoke their records easily, to handle coding requirements, E/M coding, and so much more automatically has made a huge difference in workflow, efficiency and overall operation.”

Other ADS system features important to BPCS are how:

Mr. Getgey commented, “Most importantly, the Medics Suite has helped us document outcomes. The ability to track progress, to help ensure next appointments are not missed, and to even generate reports on things such as clinician productivity and client retention rates are valuable.”

According to Mr. Getgey, “The Medics solutions are dual-purposed, in that they help our fifty clinicians manage our clients’ medical and clinical information, and help the administrators manage BPCS like a business. The systems are simply well thought out for BH.”

BPCS is now seeking Patient Centered Medical Home (PCMH) status and will use MedicsEHR for this as well.

Mr. Getgey said, “In our opinion, any vendor who said that moving from paper to electronic is easy doesn’t have a clue, and should be crossed off the list. Several actually said that. We knew ourselves it would be a little scary. ADS agreed and told us there may be some startup bumps in the road but ultimately, the system will result in a whole new world for BPCS.”

About the BPCS / ADS collaboration, Mr. Getgey went on to say, “Working with a vendor on a venture like this is really like entering into a partnership or a marriage: it’s not about never having concerns, it’s about how they are resolved. ADS stayed with us all the way even through a very eventful experience. Training was completed and ADS Support has been excellent. ADS is definitely a “hang in there” company. With ADS, we never felt stranded or alone.”

"Our cash flow increased dramatically while still allowing us to produce good documentation of our clinical work." 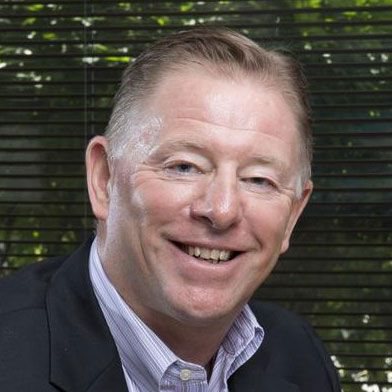