The Connecticut Cardiology Center in Manchester, CT marches to the beat of its own heart, especially when it involves doing what they think is best for their patients and the practice. Elhami Dahhan, Practice Administrator at CCC provides a real-world experience as an example:

“Many years ago, our previous software vendor had gone out of business, forcing us to find a replacement system for billing and scheduling. Ironically, we had no issues with that system or vendor,” Mr. Dahhan said. He added, “In fact, we thought their system was actually quite good, and so was their company. Unfortunately, they decided to get out of the business and we were left in the cold to find a new system from a new vendor.”

One thing of paramount importance to CCC, regardless of how good they thought the new system would be, was the stability of the new vendor. Mr. Dahhan said, “We did not want to select another vendor who might also disappear.”

In their search process, CCC became familiar with Advanced Data Systems (ADS) through a colleague, and they were immediately impressed with the length of time ADS had been in business. “This was 2002 and at the time, ADS had been in business 28 years! We were definitely comfortable that the stability factor was covered with ADS,” Mr. Dahhan said.

After having had the ADS practice management system demonstrated to them, CCC knew they found the exact “Best-Of” blend they had been hoping to find: a company with a solid and stable history combined with a solution equally as impressive.

“We all agreed that ADS was the way to go, and we have been extremely happy ADS clients ever since,” Mr. Dahhan said. “ADS performed the data conversion from our then defunct system, and we were using the ADS system in no time, and with immediate benefit,” he added.

“As good as we thought the old company’s system was, the ADS system was found to be far superior,” Mr. Dahhan said.

In December 2009, about 7 years after implementing their ADS practice management system, CCC decided to implement an EHR to help manage the enormous amounts of paper being generated, to eliminate charts and files, and to automate their encounters.

Mr. Dahhan said, “Here is where we found ourselves marching to our own heartbeat. With practices in the area being pressed to adopt a certain EHR, we knew we only wanted to work with ADS.”

“At that point, ADS was in business 32 years, and we were an ADS client for 7 of those years,” Mr. Dahhan said, adding, “ADS had never missed an update, and had never failed to be there whenever we needed them.”

CCC reviewed the MedicsEHR from ADS and it was implemented soon thereafter. “We really love the system. It’s easy to use, has created immense efficiencies, and has automated the medical and clinical sides of the practice. It is incredibly reliable and our only regret is not having implemented it sooner,” said Hazar Dahhan, MD.

Operating as a single, unified ADS Medics Suite, the systems exchange data seamlessly creating an all around comprehensive world of automation within the practice.

“Workflow is optimal and paperwork is gone. The automated superbill alone is amazing. Add to that the automated labs, the electronic prescribing, and all of the other MedicsEHR features, and you can say that we are very happy campers,” Dr. Dahhan said.

David Barzillai, President of ADS said, “Having already been a satisfied ADS client for seven years, Connecticut Cardiology Center would not be pressured into adopting another EHR being promoted in their area. We deeply appreciate CCC’s steadfast confidence in ADS and our systems, and we look forward to working together with CCC for many years to come.”

Mr. Dahhan concluded by noting, “We found in ADS a company with a unique history of stability and reliability that also produces above-and-beyond EHR and practice management software systems. This is an unbeatable combination of strengths that should be considered by any medical practice interested in either or both of these types of solutions.”

MedicsEHR for Cardiology is an exceptional system complete with cardiology-specific content and templates and is excellent for Cardiology practices of every size and scope.

More About Connecticut Cardiology Center: CCC provides cardiac care to hundreds of patients in the greater Hartford metropolitan area. Affiliated with Manchester Memorial Hospital, Saint Francis Hospital and the Hoffman Heart and Vascular Institute of Connecticut, CCC is a well-known and trusted center for cardiac patients.

"We really love the system. It’s easy to use, has created immense efficiencies, and has automated the medical and clinical sides of the practice." 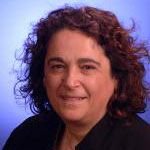