GANJ became a fully functioning IGP in 2014 as the result of an idea conceived and conceptualized by an initial core number of gastroenterologists.

As the concept became more serious with requests from a number of practices expressing interest in joining, a management team was identified to operate from GANJ’s new corporate office in Woodland Park, NJ.

“The power and allure of forming this IGP was quite compelling,” noted Steven Puchik, GANJ’s COO. “All of the practices involved from the beginning - and those who have subsequently joined and who are joining - realize the advantages in operating under GANJ’s unified umbrella, yet with an ability for each practice to retain its own identity and individuality.”

Within that umbrella, members operate under GANJ’s single tax ID via its centrally located practice management (PM) system. Since GANJ didn’t want to force potential members to drop their EHRs, the concern was that the PM system selected would have to be interoperable with those EHRs, and that the PM vendor would have to be adept at working with those other systems’ vendors in creating interfaces and data conversions. This was detailed by Steven Gronowitz, MD and GANJ’s CIO, who said, “Under one PM system, workflow and efficiency are greatly improved with functions such as billing, EDI, patient statements, denial management, scheduling, and reports all being processed centrally. And, the efficiency circle is completed with all member practices having secure, remote connectivity to that system through their EHRs of choice.”

Now the search began for the PM system and vendor to handle GANJ’s needs.

In a feature-by-feature series of reviews, the MedicsPM system from Advanced Data Systems (ADS) was selected as the almost unanimous, “hands-down” winner.

“The system really did show itself to be all-encompassing and highly comprehensive, yet easy to use. It has a great history of stability in the industry and has withstood the test of time quite impressively,” Mr. Puchik said.

Dr. Gronowitz noted, “MedicsPM was being used by a few member practices and was highly thought of by them. Even dedicated users of the other systems agreed that MedicsPM was superior in every way. Another thing that didn’t get lost on us was the system’s 99% success rate on first attempt clearinghouse claims. That was a huge plus on top of all of the system’s other features and capabilities.”

MedicsPM was implemented with back-end work beginning on interfaces and data conversions. “The ADS Programming Team collaborated with the other EHR and PM vendors in getting that work done, then in testing and proving the integrity of each interface and conversion,” Mr. Puchik said.

In the meantime, the ADS Implementations Team worked with GANJ’s management staff in scheduling and providing role-based training.

The MedicsPM system was brought live with all of GANJ’s practices connected, very quickly went into production, and has been in successful use ever since, expanding easily as members join.

MedicsPM handles the thousands of EDI transactions generated by GANJ per month, and manages their physicians’ schedules and workflow. It also produces the detailed financial and management analytics and data needed by GANJ’s executive and administrative teams and physicians.

Dr. Gronowitz closed by saying, “Selecting ADS and MedicsPM was without question a great decision by GANJ. The system operates effortlessly, produces revenue as promised, is very non-support intensive, and oversees so much. And ADS is a great company with whom to work.”

"The MedicsPM system operates effortlessly, produces revenue as promised, is very non-support intensive, and oversees so much. And ADS is a great company with whom to work." 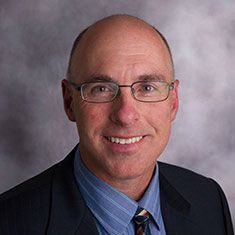