About Pulmonary and Intensive Care Specialists of New Jersey

Located in central NJ, PiCSNJ is a well-respected, single specialty group comprised of physicians who are absolute masters in their ﬁeld. In fact, ﬁve of PICSNJ’s physicians were named by New Jersey Monthly Magazine as a “Top Doctor for 2017,” a highly prestigious and coveted award presented to a relative handful of physicians.

Thousands of patients throughout the region and beyond rely on PICSNJ’s expertise in pulmonary, critical care, sleep, and amyotrophic lateral sclerosis (ALS) services.

All of PICSNJ's physicians are members of the volunteer faculty at Rutgers RWJ Medical and have all participated in teaching medical students, residents from many of the specialties of the school, and pulmonary fellows.

David Fischler MD, joined the group in 2004. In 2005 he became a Clinical Instructor at RWJUH and in 2016 was named Associate Director of RWJUH’s MICU. Dr. Fischler is one of PICSNJ’s “NJ Top Doctor” awardees.

“The word ‘intensive’ appears correctly in our group’s name as it applies to the medical care we provide. But operations and ﬁnance needed to be tightened up, and that’s not to criticize our administrative team. It was all about the automation we were using. We knew that was a weakness and after doing our due diligence, we decided to implement MedicsRCM,” Dr. Fischler said.

Dr. Fischler continued, “The MedicsRCM team came in and provided an assessment on how much they could improve our cash ﬂow. We were skeptical but they were conﬁdent and resolute about how they could help us. The numbers couldn’t be ignored, and they weren’t."

PICSNJ went onto MedicsRCM and the predictions given proved to be absolutely correct. “There was an almost immediate uptick in revenue which was extraordinary since we were already doing well,” Dr. Fischler said.

Marybeth McGowan of MedicsRCM, said, “We produce enhanced results because it’s just diﬃcult for a practice to do what MedicsRCM does. We have certiﬁed coders and a team of experts deeply rooted every nuance of medical billing.”

Ms. McGowan continued by saying, “MedicsRCM has mechanisms in place to triple check our clients’ claims to ensure they’re clean. And, that actually still includes a ‘human eyeballing’ as the third check. Claims are audited to determine how they can be submitted at higher values to those same payers the next time. Most practices can’t do that with thousands of possible combinations of ICD-10 codes and payers.”

On that, Dr. Fischler noted, “MedicsRCM constantly suggests how to better code the next time. Up-coding without over-coding returns revenue we wouldn’t have known about.”

MedicsRCM processes all of PICSNJ’s patient statements. “We like how patients are directed to call MedicsRCM if they have statement questions. That alone removes a signiﬁcant amount staﬀ time in having to take those calls.

MedicsRCM compiles, processes, and reviews reports and KPIs with PICSNJ. As with all MedicsRCM clients, PICSNJ has 24 x 7 x 365 secure cloud access to their data and can view anything at any time, on demand. They use the scheduler, and can produce their own reports whenever they want, if they want.

Dr. Fischler noted, “That’s another great MedicsRCM advantage. We have full access to our data. We can view at any time how collections are going, the status of our claims, how denials are doing, the EOB postings that have been completed, A/R…really everything. Nothing is hidden and in fact, MedicsRCM encourages us to stay engaged with our data, which we do.”

PICSNJ uses the Medics EHR with MedicsRCM, but practices can use their existing EHRs interfaced to MedicsRCM, or not use any EHR at all and just do quick data entry with an e-superbill provided by MedicsRCM.

Dr. Fischler summed up by saying, “We were performing well with our own system but MedicsRCM tremendously improved things ﬁnancially and operationally for us. Our only regret is not having gone with MedicsRCM sooner!”

"There was almost an immediate uptick in revenue (with MedicsRCM) which was extraordinary." 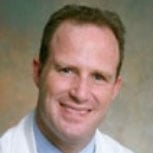