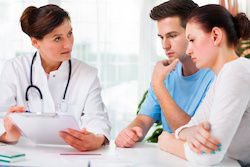 ICD-10: The Clock Is Ticking

The following excerpt is from an article found on Forbes. It was written by Louis Goodman and Tim Norbeck.

Of all of the oppressing new regulations, etc. foisted on physicians and their medical practices today, few capture more angst than the forced implementation of the ICD-10 codes (International Statistical Classification of Diseases) scheduled for October, 2015.

This transition from ICD-9 to ICD-10 will result in the near Herculean effort and expense of dealing with an increase in codes from about 14,000 to approximately 69,000 codes. This major challenge, mind you, is on top of an already roiling regulatory tsunami, including EMRs and the 2,167 quality metrics listed by the federal agency for Healthcare Research and Quality – to mention just a few of them – that have already engulfed physicians’ practices with new and costly administrative burdens.

A commencement speech years ago by Francis Collins, MD, PhD, (Director of the National Institutes of Health ) comes to mind. In it he opined that “Rapid advances in medical technology must not be allowed to displace the human touch of medicine.” Tell that to the many physicians today who lament that impersonally filling out all those metrics have forced them to become box checkers while futilely attempting to maintain personal interaction with patients. And just to accentuate these complaints, consider the words of Dr. Albert Schweitzer who presciently warned that: “Our technology must never exceed our humanity.”

The ICD-10 compliance date had been set for October of 2014. But, in response to complaints from the AMA and numerous other medical groups, pointing to the significant financial and administrative impositions such a transition would have on physicians’ practices, President Obama signed a bill that pushed back implementation until October 1 of 2015. That delay has helped the physician community somewhat in its effort to comply with the requirement, but the cost and time concerns remain.