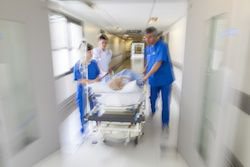 Why a ‘Safe Harbor’ ICD-10 Transition Period is Harmful

The following excerpt if from an article found on EHR Intelligence. It ws written by Vera Gruessner.

The Coalition for ICD-10 has released a statement on their perspective regarding the “safe harbor” bills. The bills are meant to help providers from being harmed financially by preventing reimbursement denials due to solely ICD-10 code inaccuracies. This type of ICD-10 transition period is also meant to ease the burdens put on physicians and medical providers.

However, since these bills apply to all providers including hospitals, the Coalition for ICD-10 showed some concern. The coalition explains that the bills rest on false assumptions such as the idea that “ICD-10 detail is not readily known or available in the medical record.”

According to the coalition, the amount of physician payments are determined by the reported CPT codes and not by the ICD-10 diagnosis codes or any potential ICD-10 errors. Additionally, there is currently no proof that healthcare providers will in fact suffer from a large amount of claim denials upon the ICD-10 implementation deadline.