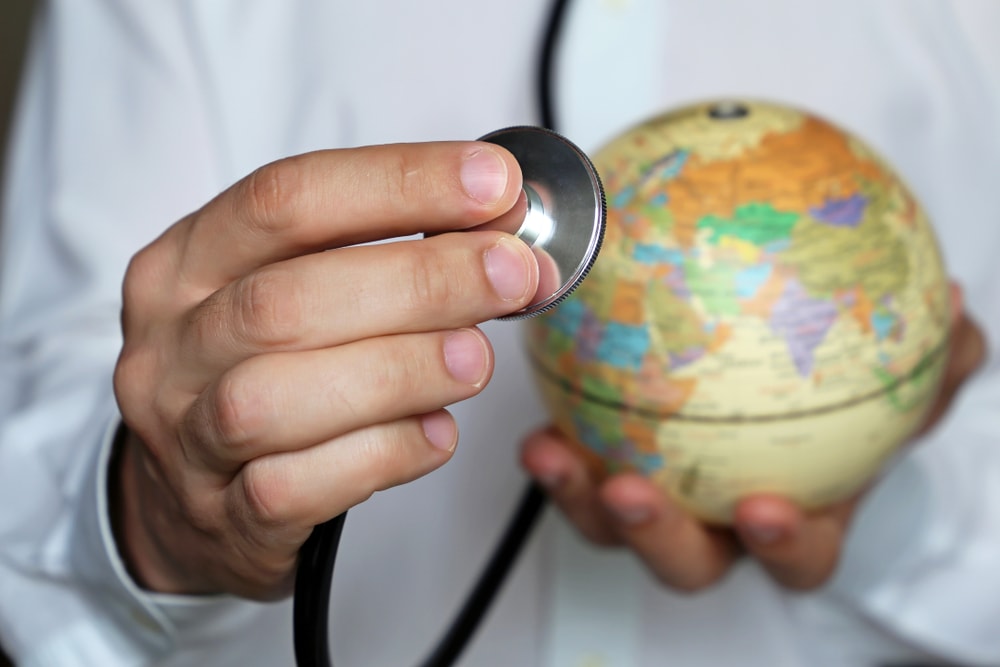 Why is Population Health Important?

You’ve been working in the healthcare profession for some time now. While you have a good understanding of the fundamentals of your work, whether in a general practice or specialty, you are only just beginning to become acquainted with the topic of population health.

As the nation continues to work out the details of making health care services more widely available to all, issues of population health become all the more important. This is of particular concern as we marshal resources to respond to crisis situations, such as a global pandemic like the novel coronavirus that causes COVID-19 infections.

What is Population Health?

Population health consists of the incidence of diseases in a variety of groups of people, such as when comparing outbreaks among individuals in different age categories or races or who reside in a range of ZIP codes. This contrasts with public health, which examines the health condition of a whole population of individuals.

Confusion sometimes arises in lay audiences because we refer to the health of “the public” when considering “population health.” The point is, population health experts are paying close attention to how outcomes are distributed inside a group.

When you are moving a population toward complete healthcare coverage for every individual, such as through exchanges or a single-payer system, population health details will inform financial decisions as well as how we approach logistics, policy, and surveillance matters.

Health outcomes can vary between different groups in a population for a number of reasons, including socioeconomic differences (treatment and outcomes compared in low-income neighborhoods and the most wealthy cities can be quite different, for example). Society can come to terms addressing these inequities more readily when we have the hard facts and statistics of these differences in health outcomes.

Any discussion of population health will need to account for its differences with public health.

We already know that population health looks at comparisons of disease incidence in groups according to criteria such as age, gender, or location while public health examines everyone in a population.

The distinction is useful because you might want to see what the average outcomes are for people who work in different professions, such as respiratory illness comparisons for coal miners versus office workers, or the prevalence of diseases among vaccinated populations versus groups where parents withhold vaccinations because of feared side effects. This is an example of population health that most people are familiar with.

Public health by definition affects all members of the public. So, medical issues related to the environment are good examples of scientists working on the public’s behalf. They will track ailments caused by pollution in the water or air that anyone could be affected by, for example.

Communicable diseases such as seasonal influenza or dangerous pathogens that researchers study in locked laboratories under heavy security are aspects of public health, with researchers banding together to develop the current year’s influenza vaccination or setting policy about quarantining passengers from countries where a novel outbreak is occurring.

If it’s been a while since you gave much thought to population health, read on for an overview of its importance in modern society.

There are a number of reasons why everyone should care about population health.

To begin, at the heart of population health is the fact that it is people-focused. The more we can do to improve the health of our fellow humans, the more we lift up all aspects of society (healthier populations can accomplish more than ailing populations, after all), including not having to spend as much money on therapeutic interventions. This assumes that the advances in public health are resulting from improvements in preventative care, diet, and exercise.

There is also a heavy toll to be paid in a nation’s economy when more of its citizens are forced into quarantine or are dying in increased numbers prior to health professionals developing treatments and vaccinations.

People are expecting better care. They are spending more of their earnings on healthcare delivery, from physicians to lab tests to their prescriptions. Medical science must deliver commensurate treatment.

The goal is to provide for better patient satisfaction (on the individual level) while also seeing better health in entire groups as the costs of care go down thanks to efficiencies we realize, in part thanks to improved data collection.

Population health studies lead to our being able to provide improved access to care. And when patients receive care when they need it, instead of later during emergency conditions because of neglect (such as because patients lacked health insurance and use emergency rooms instead of a primary care physician), less stress is placed on these vital services. That benefits everyone.

A focus on population health also promotes better patient engagement. You can expect to see patients feeling empowered so that they can better manage their own health. If you haven’t deployed an online dashboard to help patients communicate with staff and check their latest results, now would be a good time to begin.

Risk Stratification Is a Necessity

Risk stratification involves dividing patients into separate groups which the providers divide them into according to details such as their medical history, overall lifestyle, and their current health signs, as noted by a report from HIT Consultant.

Risk stratification is seen as necessary for these main reasons:

It helps providers to predict risks of illness in different groups of patients. Those groups that grow sicker instead of improving their health can be singled out for special attention.

Identifying patient-specific risk factors will help doctors come up with individualized, custom-made care plans instead of resorting to a less effective, one-size-fits-all approach.

With the risks more clearly defined according to different groups, medical care providers can better understand their patient population and therefore determine how to best allocate their resources, from staffing to medications and equipment that must be kept on hand for that particular group.

Healthcare Technology Can’t Do it All

It’s tempting for us to think we can get rely chiefly on our technology, including computers and software systems to take care of much of the drudgery of our daily work requirements. But you should keep in mind that all our healthcare technology cannot replace people and their informed judgment and combined experience treating members of the public.

While a sophisticated EHR system can be instrumental in helping staff members record and update patient data, it cannot yet make informed decisions or develop any form of custom care regimens based on population data and emerging trends identified by statisticians. This process is in fact still manual and needs to be done by a physician or doctor.

The subject of population health is going to be of increasing importance going forward, especially as more medical practices provide diagnosis and treatment statistics and other information electronically to public health researchers. Keep in mind that population health by its very nature is focused on people and it involves professionals assessing populations in terms of risk stratification.

While software and computer systems play a big role in population health, doctors must be involved in such areas as making decisions and coming up with improved care regimes. If you don’t feel quite up to speed on all things having to do population health, click here for a handy infographic on the topic.